STORIES OF HOPE, COMPASSION AND HAPPINESS. . . GUARANTEED TO MAKE YOU SMILE!

POSITIVE NEWS STORIES FROM AROUND THE WEB!

A LITTLE GIFT OF HAPPINESS FROM THE

This AMAZING Mom Continues to Pay it Forward with her Children Helping those in Need!

We at the Kimberly Moore Foundation would like to recognize an amazing angel in the community of Bell Gardens who continues to pay it forward over and over again. Rosario is a mother of 5 grown children 2 of those were adopted at the age of 2. When her teenage daugher Grissel (age 16) wrote to our adopt a letter program afraid of loosing their home, all she asked was for Santa to help bring a smile to her little brothers faces. She asked nothing for herself, however she expressed her love for her family, school and her incredible passion for music. Her dream was to one day be the first of her family to graduate, go to college for a career in music and one day learn to play the guitar. The Kimberly Moore Foundation answered her letter, brought presents for her younger siblings, gave the mom and envelope filled cash and surprised Grissel with a brand new Guitar. The family was so appreciative, it brought everyone to tears. Last but not least, one of our donors learned of their struggles and decided to help them get up to date on their payments in order to save their home. The family was in disbelief and have never witnesses this incredible act of kindness from complete strangers.

3 months after our visit, Grissel called Kimberly Moore, founder of the Kimberly Moore Foundation and mentioned her High School was on the verge of loosing it's music program by months end. Grissel inspired Kimberly Moore to start the Keeping Harmony Alive campaign and by the end of the month they were able to set up an event, instrument charity drives all over town, and save her school music program for 15-20 years.

Grissel continued to pay it forward along with her mom. She soon became a Hope Ambassador, got her friends involved in our community volunteer programs while her mom began setting up mailboxes in underprivileged neighborhoods, collecting and reading letters of children in need. This amazing family literally commits 2-3 months of the year to work on our program, while collecting gifts from friends, neighbors, teachers and buisinesses to make sure no letters went unanswered. Soon after, the family was recognized at the Echelon Humanitarian awards and awarded countless of times by the Mayor and chief of police at Bell Gardens City Hall for their community service and leadership. It has now been 7 years and because of their help, THOUSANDS of children who might not have a Christmas got their prayers answered. AND if that's not enough, after both of her children graduated from High School, she continued paying if forward by deciding to adopt 4 abandoned children from ages 1-8 years who were left in an empty home. She said, although she doesn't have much money.... she has LOVE!!! And, that's exactly what she's given them!

Today Grissel is the first of her family to not only graduate H.S., she also graduated from a university majoring in music engineering and recently got a job working at a music studio with Grammy winning artists. Her mother, while continuing to provide a loving home for her new 4 children, she somehow manages her time to help more families in need. Recently we learned she adopted a letter on our website, from a girl in need of a wheelchair. Rosario decided to put it on layaway and although it took her months, she was yet able to make another dream come true, however this time bringing her 4 little children with her so they too can pay it forward.

Rosario is more than an angel, she is true life hero in the community and deserves all the blessings on earth. She is an incredible role model and inspiration to many. It's beautiful to see her children following in her footsteps in making this world a better place.

This AMAZING Mom Continues to Pay it Forward with her Children Helping those in Need!

Selfless man in India helps those who have been forgotten!

Millionaire uses his own fortune to help an entire community!

This African tribe shows us a beautiful lesson on compassion!

Kimberly Moore talks to students in Perth, Australia about the Power of Giving! 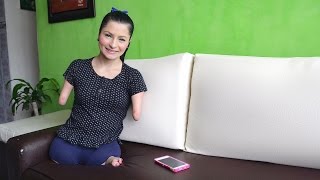 What is Happiness? Quotes by Kimberly Moore 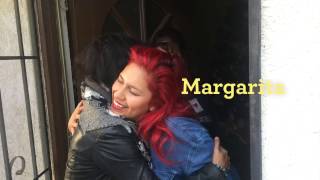 A day of no barriers for this guy! Love this video... it will definitely make you cry! 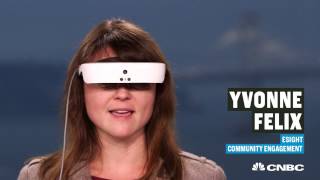 Watch these blind people see for the very 1st time with eSight! 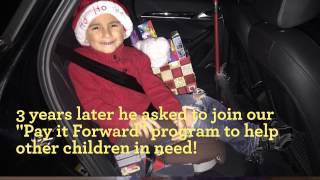 4-year-old boy decides he wants to become a Hope Ambassador to help his own community! 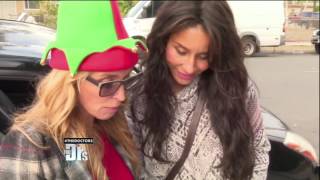 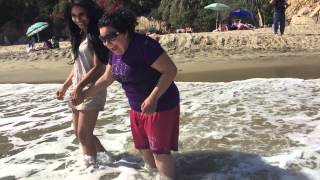 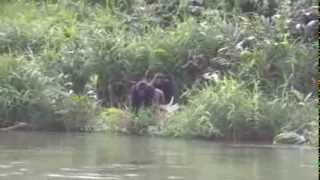 Young girl who grew up with gorillas, reunite after 12 years in the jungle!